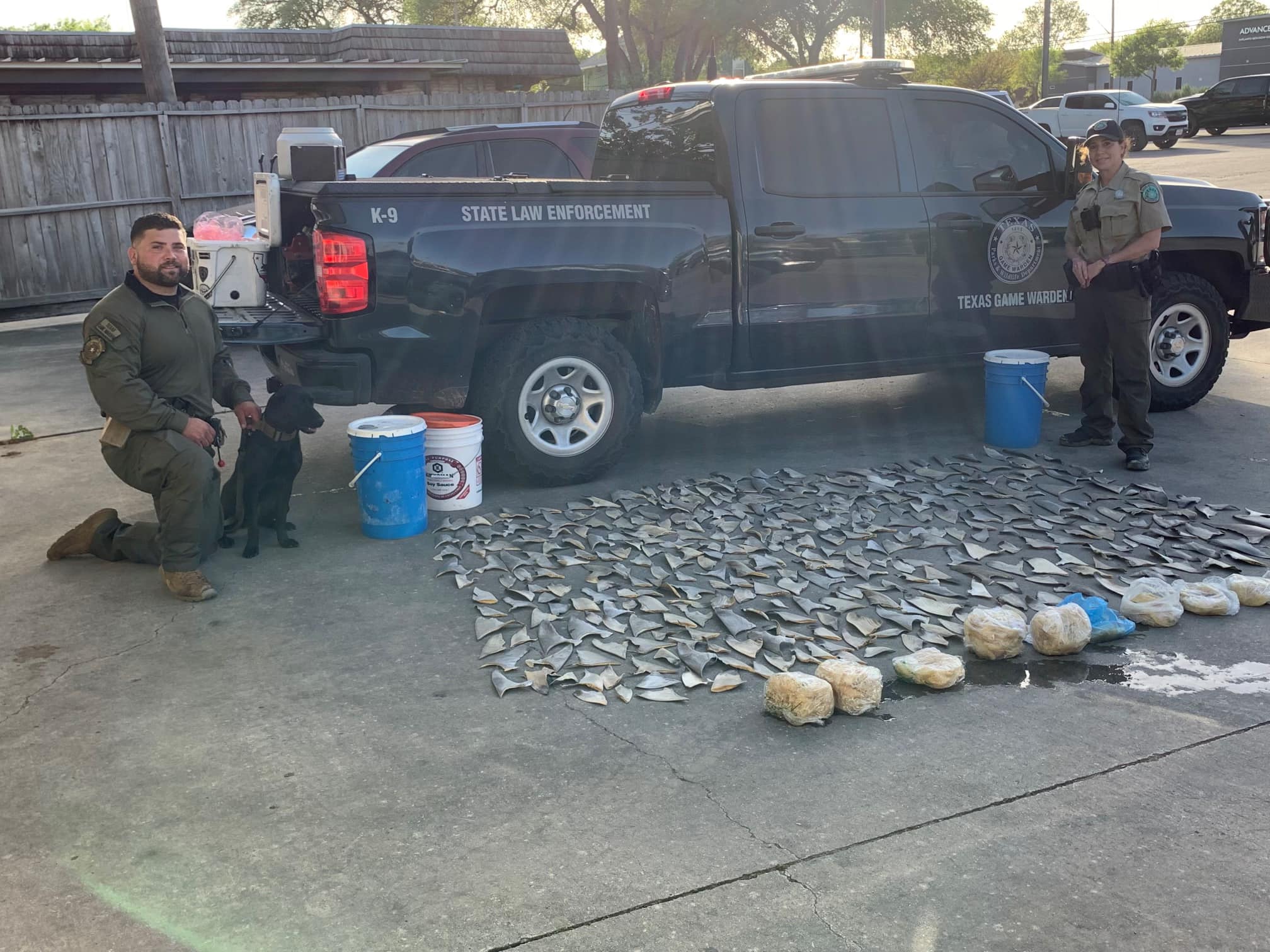 Texas game wardens found 381 illegal whole shark fins and an additional 29.2 pounds of frozen shark fins at a restaurant in San Antonio on Wednesday, April 13. Rangers were performing a routine inspection of the local restaurant to determine the source of its aquatic resources, the Texas Department of Parks and Wildlife told MySA on Tuesday, April 19.

In Texas, buying, selling, transporting, or possessing shark fins for the purpose of sale is a Class B misdemeanor. According to the TPWD, it is punishable by up to 180 days in jail in the country and a fine of up to $2,000.

Currently, no arrests have been made. TPWD did not release the name of the restaurant as the investigation is still ongoing, the department said. Details of the people or companies under investigation cannot be disclosed, TPWD added.

The shark fins were seized as evidence.

As Texas’ conservation law enforcement agency, game wardens enforce state law for the protection and preservation of wildlife and wild spaces. As apex predators, sharks are essential to ocean ecosystems, TPWD said. They maintain the food chain and serve as an indicator species. Between 70 and 100 million sharks are killed each year for their fins.

On June 20, 2015, Texas became the 10th US state to ban the shark fin trade after Governor Greg Abbott signed the bill into law. The law ensured that Texas would no longer participate in the global fin trade that is largely responsible for the decline of sharks around the world, according to Oceana.