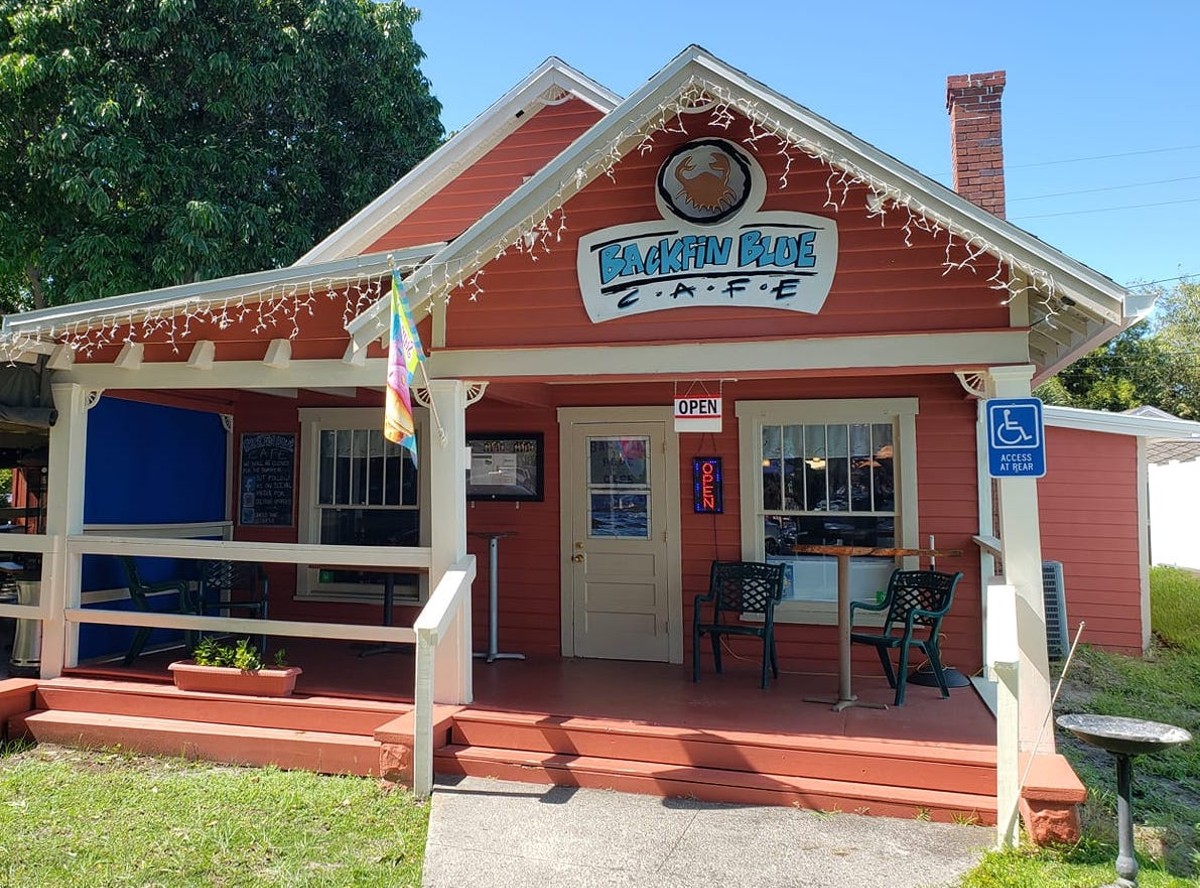 But last week, Gulfport lost one of its oldest seafood restaurants, the Backfin Blue Cafe, located next to Stella’s and Gulfport Brewery + Eatery at 2913 Beach Blvd. S—who marked its last day of operation on July 4.

“After 25 incredible years, the time has finally come to close the doors of the beautiful Backfin Blue Cafe. Over the years we have built a family with so many people and we are extremely grateful for that,” Carly Russell, daughter of owner Harold Russell, said online.

Several people mourned the loss of their favorite crab cakes in the comments section.

Like many other restaurants, Backfin Blue had to readjust its prices and hours of operation to reflect ever-changing food costs, especially the high-quality seafood that formed the backbone of its menu.

Russell says that due to limits on how often the restaurant could buy fresh blue crab at a post-pandemic seafood market, the Gulfport restaurant was forced to limit its hours.

“At that time, we could only operate Thursday through Sunday,” Russell told Creative Loafing Tampa Bay. “During the off seasons, i.e. summer, it became harder to stay open at all.”

From 2020 to 2022, the price of its crab cake entree rose from $25 to $36, but even the drastic price increase could not make the restaurant’s operations sustainable.

And although the Backfin Blue Cafe closed its doors for good this week, Russell says his dad isn’t done with the restaurant business just yet. He saves all his beloved recipes and thinks about opening a food truck or local catering business instead.

The future of its building – which has been renovated from a 1927 Floridian-style cottage to an intimate restaurant – is currently unknown, although it was recently purchased and will soon undergo transition into new business.

“Ultimately, a well-deserved offer was made on the building and the property that could not have been turned down,” says Russell.

Keep an eye out for any new signage or ongoing renovations at 2913 Beach Blvd. S— but we doubt its replacement will offer crab cakes as popular as those at the Backfin Blue Cafe.

Finally, a seafood restaurant not as stuffy as it looks