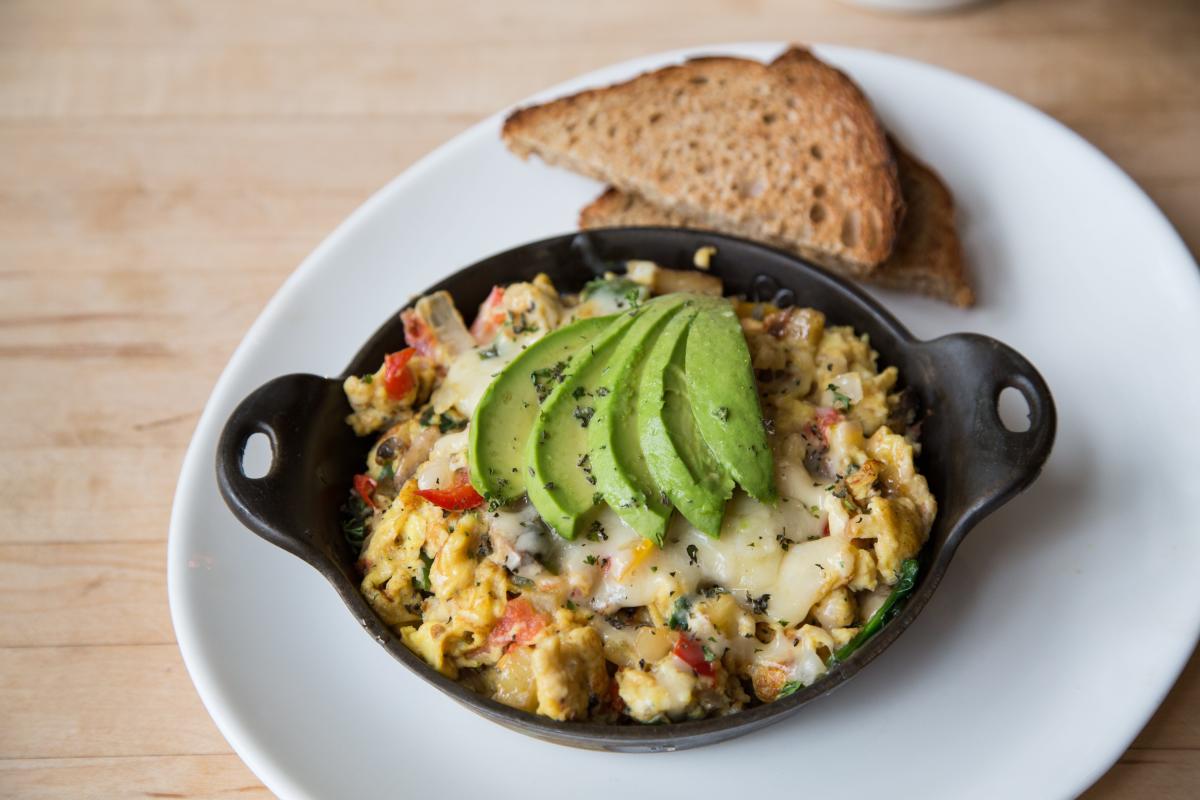 Bacon have mercy. This chain of southern breakfast restaurants is now open in Louisville

Bacon, have mercy, a new Southern restaurant is opening in Louisville.

The Highlands space has been transformed, with fresh paint in bright yellow, teal, and forest green, two dozen teal spongy swivel bar stools, and paintings of barn animals. One wall has a mural of Louisville celebrities, and another is made of garage doors that can slide and lead to an outdoor patio. The restaurant even has 22 parking spaces in addition to nearby street parking.

Richie said he was looking for a unique breakfast restaurant that could compete with other players in Louisville, and Big Bad Breakfast was the perfect fit for the area.

“I think it’s going to be really good,” Richie said. “The neighborhood seems excited, people are coming to the restaurant. What surprised me the most is that we were able to hire 55 people when all the restaurants say how difficult it is. is good, it’s a fun gig.”

“Louisville has always felt like this warm shell to me,” Currence told the Courier Journal. “There’s something that’s comfortable. If the neighborhood gives us a chance…in my 30 years of owning restaurants, I’ve been to a number of historic places, and we’re trying to preserve something of what had been there in the past. And I know what an incredible challenge it can be. We’re not trying to be in Lynn, but we want to take our hats off to her somehow .

This is where the living plants in the dining room come from, in homage to the tree in the old Lynn’s cafe. More sets will be added in the coming months.

The breakfast and lunch restaurant serves homemade cookies, jellies, bacon, sausages, and oatmeal. There are cookie sandwiches ($4.50 to $12), “Eggs and Others” plates ($11 to $16), pancakes and waffles, skillets, omelettes and more.

Currence said that although the company is a chain, he tries to ensure that each location feels like part of its community.

“We really strive to be the chain anti-chain, where the store vibe is individual, but the attention to food and service is 100% in each one,” Currence said. “As long as I’m in charge, we’ll spend the extra money on each store and continue to make the items here specific to Louisville.”

Currence won a James Beard Award – the global gourmet version of an Academy Award – in 2009 in the Best Chef, South category at his restaurant City Grocery. He also later participated in the third season of the Bravo TV competition “Top Chef Masters”.

You can like: This over 100-year-old Kentucky confectionery invented bourbon balls. Here’s how they’re made

Journalist Dahlia Ghabour covers food, culinary trends and restaurants in the Louisville area. Send tips on new places or story ideas to [email protected] or follow us on Twitter @dghabour.