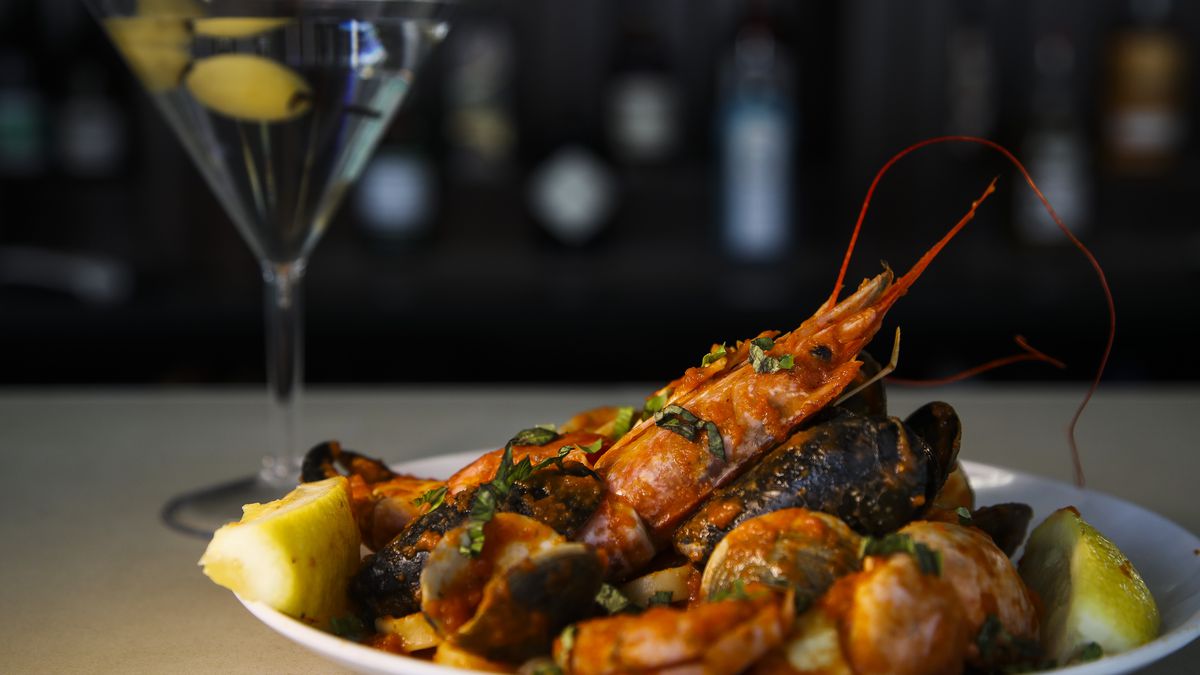 A raw bar and seafood steamer menu will debut May 4 at Cap’s, which opens at 226 First Ave. N, inside part of the space that housed – until very recently – MacDinton’s Irish Pub.

The new spot is a joint venture by Jannus Live owner Jeff Knight and Jon “Reno” La Budde, who are also opening a separate bar and live music venue called Welcome to the Farm with country music star Chase Rice in the neighboring space. . The concept, which La Budde hopes will help St. Pete attract up-and-coming country music artists, is set to open this summer.

Cap’s was inspired by Knight’s great-grandfather, Eugene Theodore “Cap” Knight, a rum smuggler who in the 1920s opened Cap’s Place, a restaurant, speakeasy and gambling den in Lighthouse Point, Sur the east coast of Florida. Both Knight and La Budde grew up near the coast (in Florida and the Bahamas), and the restaurant’s marine menu was born out of their love for fresh seafood and the open water, La Budde said.

The business is a three-pronged operation and includes a separate full liquor cafe called Coffee Grounds (formerly located on Treasure Island), which is now open and offers pastries, sandwiches, Kahwa coffee drinks, and alcoholic beverages. A raw seafood and steam bar will open on May 4, and within two to three weeks the restaurant’s full menu will debut, said executive chef Jason Gordon, who, with his wife Ashley Simmons, runs spot restoration operations.

Gordon was previously the executive chef of The Big Catch in Salt Creek (which La Budde also owns) and designed the seafood-focused menu, which is divided into shared plates, salads, flatbreads and grilled meats.

Get news, insights and reviews of the restaurants and bars you crave every Thursday from food critic Helen Freund.

You are all registered!

Want more of our free weekly newsletters in your inbox? Let’s start.

Explore all your options

For raw sea bass, diners will have a choice of raw seafood selections like half a dozen or half a dozen oysters in the half shell ($14/$26), tuna poke ($13) and a sashimi of the day ($13). An adventure pick configuration for the steam bar allows diners to choose from a variety of pound and half pound seafood options (scallops, clams and mussels). After steaming for 90 seconds, you have a choice of several bases (saffron rice, bucatini noodles, sautéed vegetables) and sauces (garlic butter, Cajun butter, creamy white wine and lemon sauce).

Once fully open, the restaurant will operate as an all-outdoor venue, with the raw and steam selections displayed at two street-facing bars and sidewalk seating for approximately 80 people.

In a nod to nightlife near downtown St. Petersburg’s busiest block of bars, Gordon said he plans to offer a separate late-night menu and the raw bar options and steam until 2 am. There is also a full bar program (menu is still in development) and drinks will be served until 3am

If you are going to

Brouhaha: Opening of a new restaurant for breakfast, brunch and lunch in Calgary