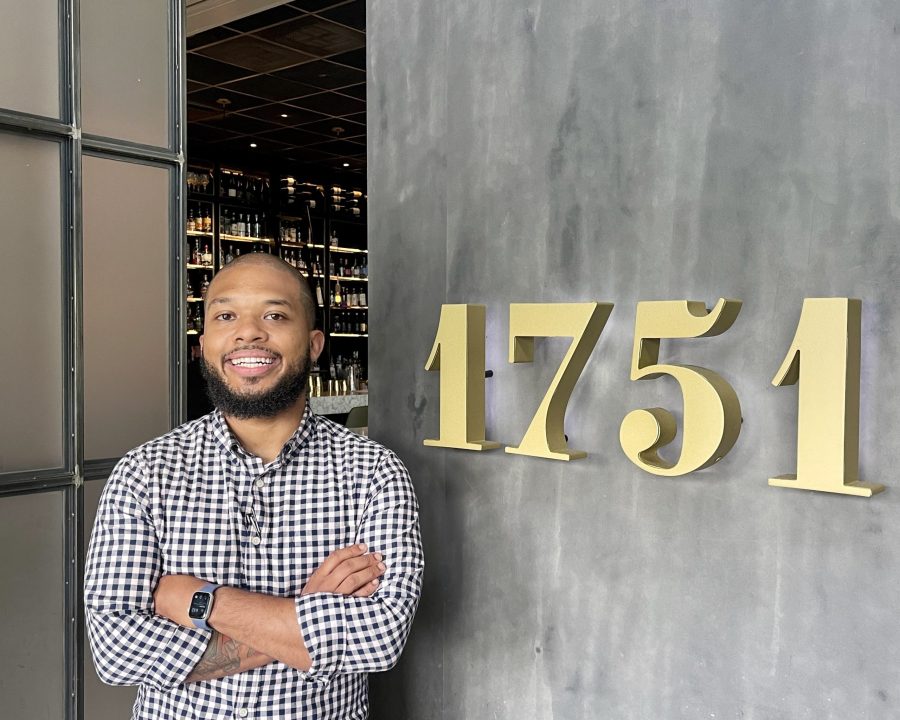 1751 Sea & Bar, the Houston Heights-area seafood restaurant and gin haven, welcomes a new executive chef. This follows JD Woodward post on his Facebook page announcing his departure in June, after three years at the head of the kitchen. Chief Matthew Young took over the reins in August, just in time to craft a new fall menu. Young has been in Houston since 2019, working first as a sous chef at Guard & Grace and most recently as an executive chef at Sixty Vines.

Young attended the Culinary Institute of America. After graduating, he worked at Michelin-starred restaurants Michael Mina — Mina’s flagship that closed in 2021 in San Francisco — and Alinea in Chicago as sous chef and chef de partie, respectively. He considers Denver a restorer Trojan Guard as a mentor, and, when Guard opened Guard & Grace at Allen Center, Young moved to Houston to help.

Young is a fan of fusion flavors and describes his signature style as “emotional cuisine.” He believes food should spark excitement, conversation and curiosity. Young attributes his love of cooking and his inspiration to be a chef to his mother, who he says is a fantastic cook. He remembers waking up to the aroma of fresh breads and other delicious treats. His travels have also influenced what he brings to his cooking: “As I traveled, I found the excitement of dining in different regions and discovering new flavors. As a chef, seeing new sights, flavors and techniques is like an amusement park. These feelings are what he strives to evoke in his cooking in 1751.

The menu will continue to feature the fresh seafood that customers have come to expect from 1751. There will be staple dishes including Sake Zuke (soy-dried salmon belly, nori flake tempura and creamy wasabi) and the signature 1751 Calamari (calamari with Alabama white sauce, jalapeño glaze and cilantro). However, Young wants to add his touch of bold flavors and whimsical plays on traditional techniques and classic dishes. When asked if he could tell us a bit more, he teased with, “I don’t want to spoil anything, but the dishes you will enjoy with us will be truly unique!” Diners won’t have to wait long, as the new menu will be launched next week.

Combining his experience at high caliber fine dining establishments and the lessons he has learned about being part of and leading a team, Young aims to provide each guest with a unique experience. “Our next chapter with 1751 will maintain the same level of integrity and standards, while making your time with us intimate,” he said. “You’ll feel like the party is just for you. I’m thrilled to have the support of our incredible team for my vision through this change.

Michael Sambrooks, owner of Sambrooks Management, the company that operates 1751 Sea & Bar along with The Pit Room, The Patio at the Pit Room, Candente and upcoming steakhouse, Andiron, looks forward to things to come. “Matt is a great guy and a fantastic chef,” Sambrooks said via press release. “We couldn’t be more excited to give him the opportunity to showcase his food at 1751. He has great energy and is the perfect person to lead this next chapter.”