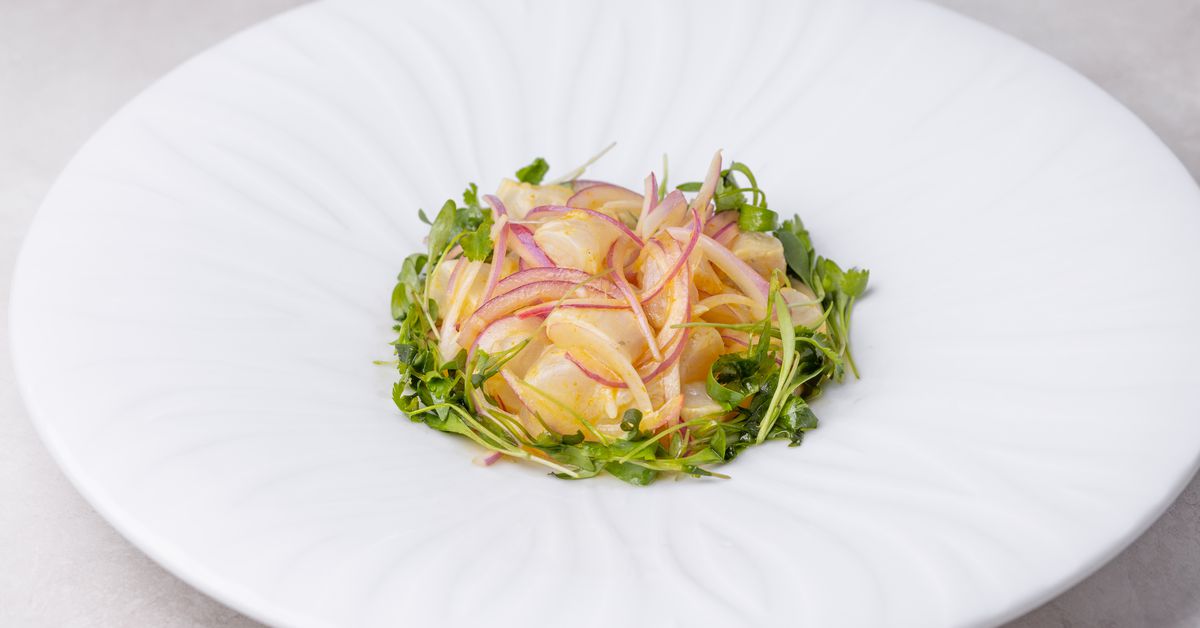 If the success of Santa Monica’s Crudo e Nudo – which has recently branched out to New York – Silver Lake’s Ceviche Project and the new Causita, is any indication, it could be argued that Angelenos still can’t get enough food. ‘ultra-fresh, raw or simply dried fish – sushi or otherwise. Savida, which opened at 1303 Montana Avenue in Santa Monica in late June, joins the ranks of these popular seafood spots with its menu of tuna tacos, crudos, ceviche, and more.

Israeli-born chef Dan Smulovitz first opened Savida with just eight places in the Israeli town of Old Akko in 2013. There he served a daily changing menu of any fish caught that day cooked on a open flame, which eventually made the restaurant grow. about 80 seats. After moving to Los Angeles in 2021 and securing the new Savida’s location in Sushi Sho’s former home, Smulovitz had to make some changes to the menu. “It wasn’t necessarily my intention to open a raw seafood bar, but we don’t have a hood. At least I don’t smell like fire and oil – my wife is happier,” Smulovitz jokes.

At the minimalist 34-seat restaurant, in neutral wood and gray tones, diners can dine on high light wood tops, in an oyster bar overlooking the kitchen, on a window counter overlooking the street or on patio seats. right on Montana. “I’ve loved this street for a long time; it reminds me of the streets of Tel Aviv,” Smulovitz says.

Smulovitz, who sources fish locally whenever possible, offers dishes that incorporate Latin American and Japanese flavors from the restaurant’s compact kitchen. Selections range from plaice ceviche to aji amarillo and red onion; slices of hamachi garnished with cilantro, mint, dill and crispy shallots and dressed with a mixture of tomato, soy and yuzu kosho; a vegetable and fruit gazpacho garnished with balsamic whipped cream; and a tostada that layers octopus, harissa, preserved lemon, kalamata olives and tzatziki on a crispy corn tortilla.

There is also a lobster roll slider dressed with fresh cream, coconut cream, lemongrass, celery and crispy shallots, a platter of raw oysters, as well as a few simple salads like prawns on frisee with asparagus and a truffle vinaigrette, or a tomato and nectarine salad with arugula and burrata.

A license to serve beer, wine, and cocktails is in the works, but at the moment drink options include Topo Chico, blueberry soda, and celery soda.

Savida is open for lunch from Tuesday to Sunday from 12 p.m. to 4 p.m., and in addition for dinner on Thursdays, Saturdays and Sundays from 6 p.m. to 9 p.m. Extended hours are expected soon.