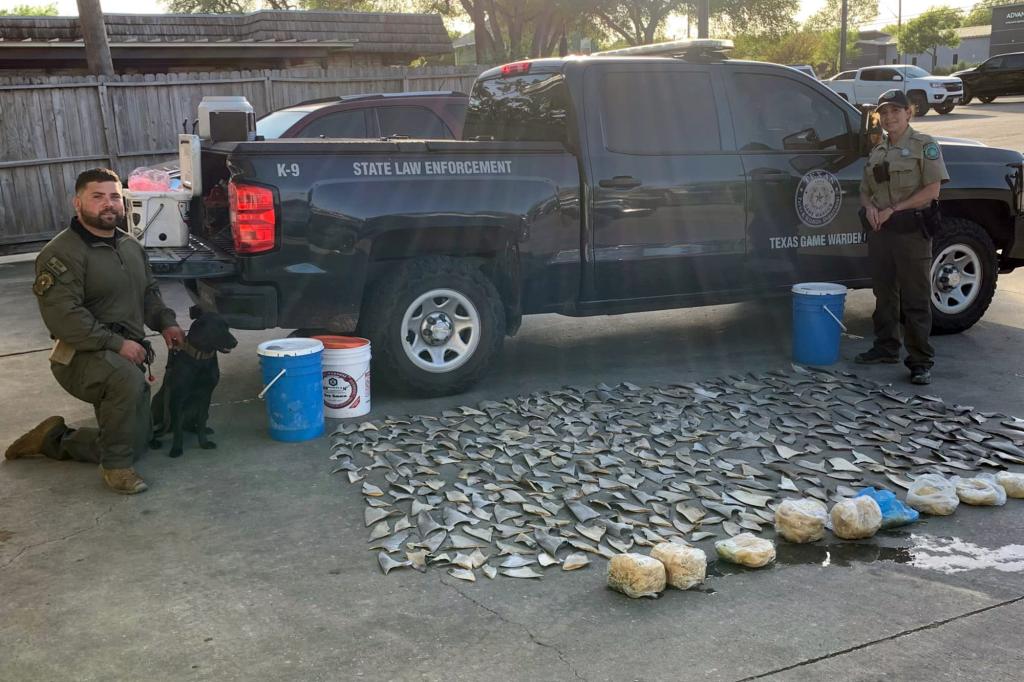 Nearly 400 illegal shark fins – the main ingredient in shark fin soup – have been found at a seafood restaurant in San Antonio, according to Texas Game Wardens.

Along with the 381 whole shark fins, an additional 29.2 pounds of frozen shark fins were found inside the local restaurant’s commercial freezer, investigators said Monday in a social media post.

The practice of removing fins from sharks is illegal in Texas due to the cruelty inflicted on fish.

The fish discovery was made on April 13, when game wardens with a K-9 team conducted an inspection at an unnamed local restaurant. All fins were taken into custody as evidence.

“Because a company is involved, we need to get all the facts together and see who is actually involved,” Texas game warden Kevin Winters told KENS-TV.

“Sometimes the district attorney will ask us to press charges against the company itself.”

“Shark finning” has been banned in the Lone Star State since 2015 with the passage of HB 1579.

“What they do is they catch the sharks, they take the fins off, they throw them back into the ocean, ultimately leaving the sharks to die,” Winters told the station.

“Several states across the United States have jumped on board to protect the species, as each year between 70 and 100 million shark fins are harvested from waters around the world.”