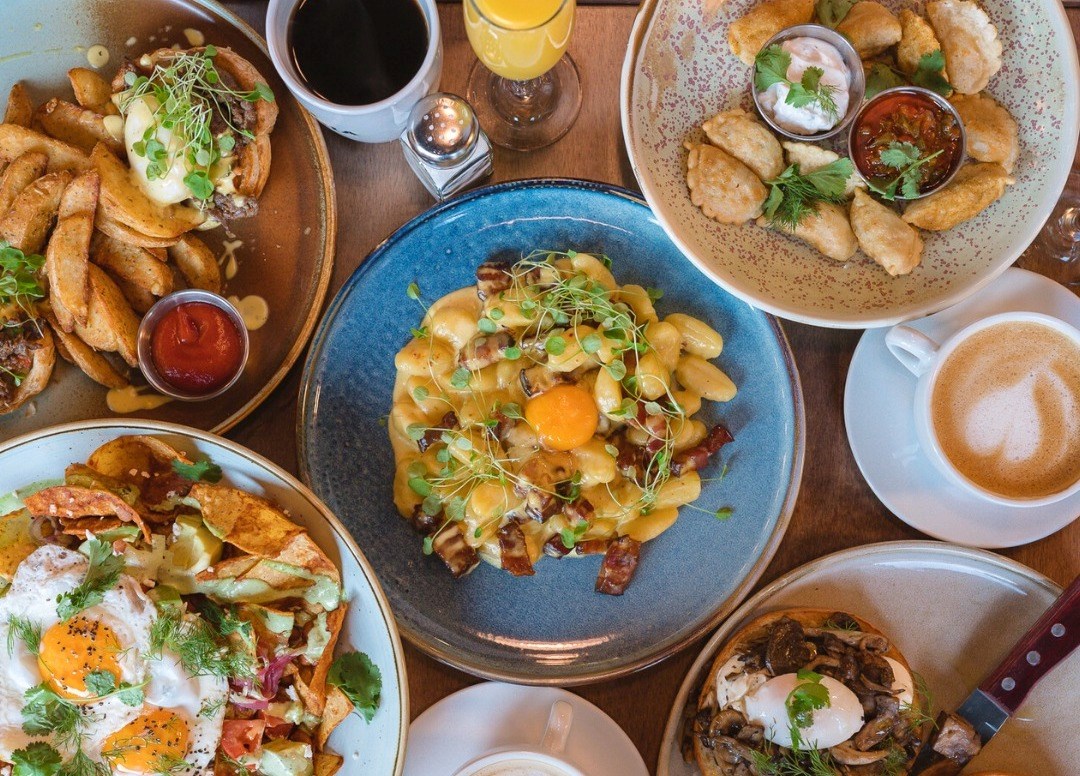 Ready for some breakfast news that quotes eggs? The North Vancouver location of a popular all-day Canadian brunch spot has just opened.

OEB Breakfast Co., or just OEB for short, has become synonymous with decadent, hearty brunch and breakfast fare over the past few years, and they’ve once again expanded their footprint in Metro Vancouver with a third location.

Launching Jan. 13 at 143 15th St E in the base of a new condo tower called The Royals, the Alberta-based EPO serves up everything from loaded breakfast poutines to fried pierogies and a Korean bulgogi Benny among the many exciting options.

The 3,000 square foot restaurant was designed by Ruth M’rav-Jankelowitz and her team at Janks Design Group and seats 80 people at full capacity. Each EPO slot has its own unique look, but still features plenty of whimsical touches and definitely a clear chicken and egg motif.

“What we do differently is recognize the hard work of farmers and growers, focusing on the ingredients, then making them shine,” said Mauro Martina, owner and founder of OEB in a press release. . “That’s what EPO is all about.”

Sandwiches, scrambles, lighter options and even traditional breakfast platters for the purists round out OEB’s long line of dishes.

The North Shore will also soon have a second CEO, this time in West Vancouver in Ambleside at 1390 Marine Drive.

OEB has two other locations in Metro Vancouver: 1137 Marinaside Cres in Vancouver and 4525 Lougheed Hwy in Burnaby. OEB is franchised in Canada and the United States with locations in Kelowna, Toronto, Saskatoon, Winnipeg, Scottsdale and Newport Beach, in addition to several in its home province of Alberta.