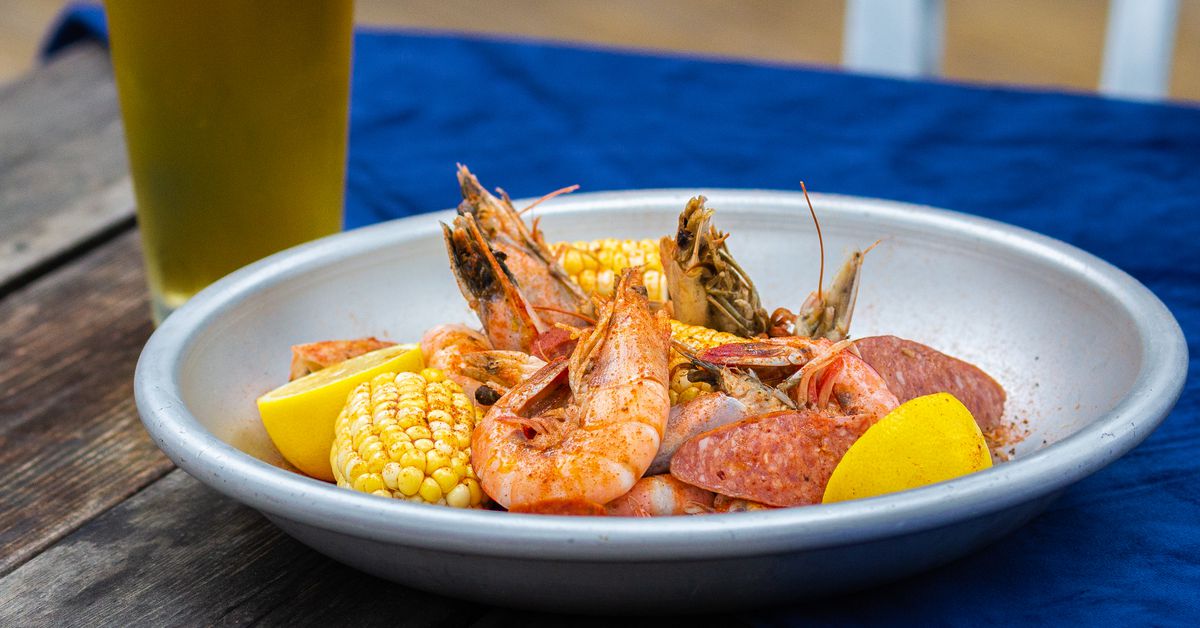 Keepers’ menu uses sustainably caught seafood sourced from wholesale company Pacific Seafood. Dishes include a range of Viet-Cajun seafood broths with various flavored butters; a seafood dip made with blue crab and shrimp; fries topped with green chili queso, crayfish tails and andouilles; po ‘boys; and bowls of rice and salad. The drinks menu features cocktails made with agave alcohol and rum, as well as draft beers and micheladas.

The restaurant’s service model is casual: customers sit down and place their orders through QR-coded menus, and the staff will serve said dishes. The space features murals by local artists as well as artwork from Corpus Christi artists.

When Keepers opens, it will initially only serve dinner from 3 p.m. to 10 p.m. daily. Lunch and take-out services will be added at later dates.

The Keepers team is complemented by business partner René Melendes, who worked with Amir at the Kona Grill restaurant chain in 2005. They envisioned the restaurant while on a fishing trip to Port Aransas Pier Keepers (hence the name).

The West Slaughter Lane address will also contain a second Oasthouse location, which is slated to open later this year. The entire space previously housed the location of the South Austin North by Northwest brewery and restaurant, which closed in January 2019.