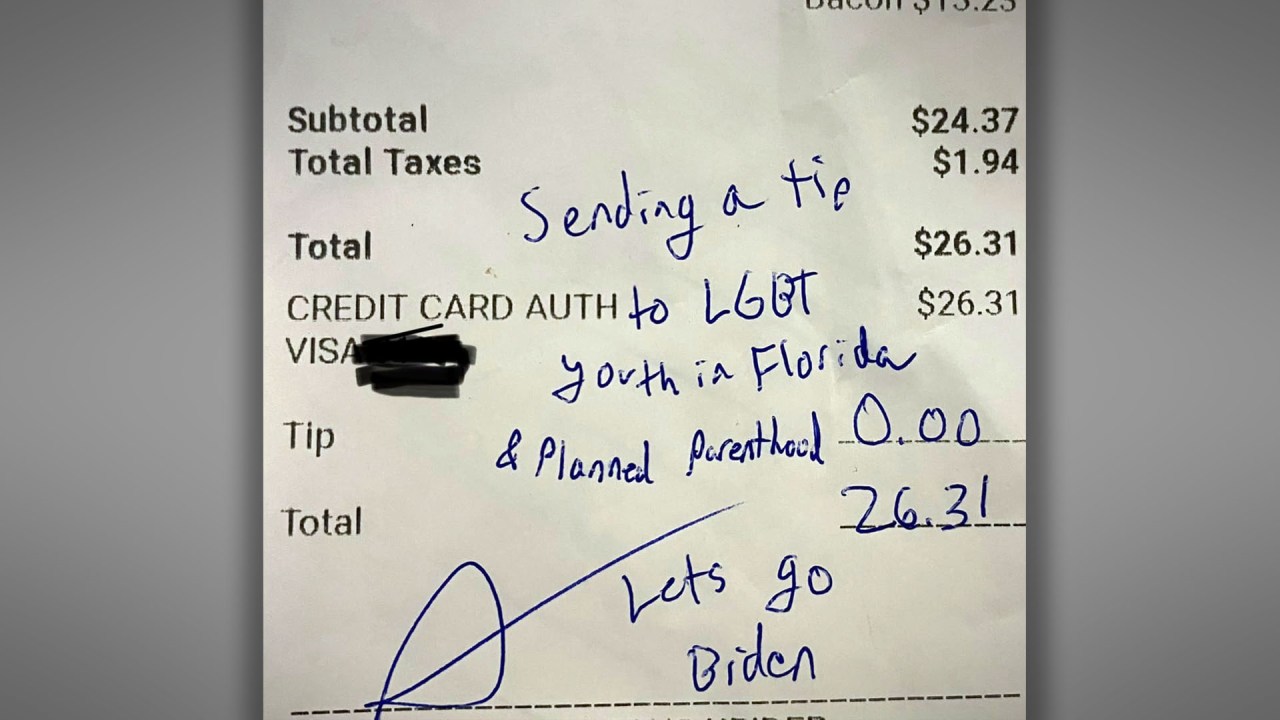 CLOVIS, Calif. (KSEE/KGPE) — A visitor having breakfast at an Old Town Clovis restaurant decided not to tip — but rather a political message.

The unknown breakfast eater dined at the Rodeo Coffee Shop on Sunday morning, but instead of leaving the usual tip on the bill at the end of their meal, he wrote that he was “tipping young LGBT people in Florida and to Planned Parenthood”.

The message was left after the unidentified diner consumed his coffee, cinnamon roll (with nuts) and two bacon pancakes.

“People ate and left, and didn’t stink or anything, just wrote a rude comment,” Rodeo Coffee Shop owner Jennifer Daley said. “So I decided to publish this and just air it in the court of public opinion.”

Daley says the Rodeo Coffee Shop doesn’t hide its political leanings, but the restaurant doesn’t exclude anyone with differing views or opinions – adding that “everyone’s money is green”.

“I am a Trump supporter and I make it known in my restaurant. I have Trump stickers and I see ‘Let’s Go Brandon’ coffee shirts, so my political views are no secret, but I don’t make them part of my business model.

Daley assumes that the person who left the message is not a regular at the Rodeo Coffee Shop, as the staff members have become accustomed to those who eat there regularly.

On Facebook, Rodeo Coffee Shop staff add that they don’t mind whether someone’s voice is heard or not, but that their position shouldn’t come at the expense of the server.

Caledonia Forest luxury restaurant and wildlife museum to arrive in 2023