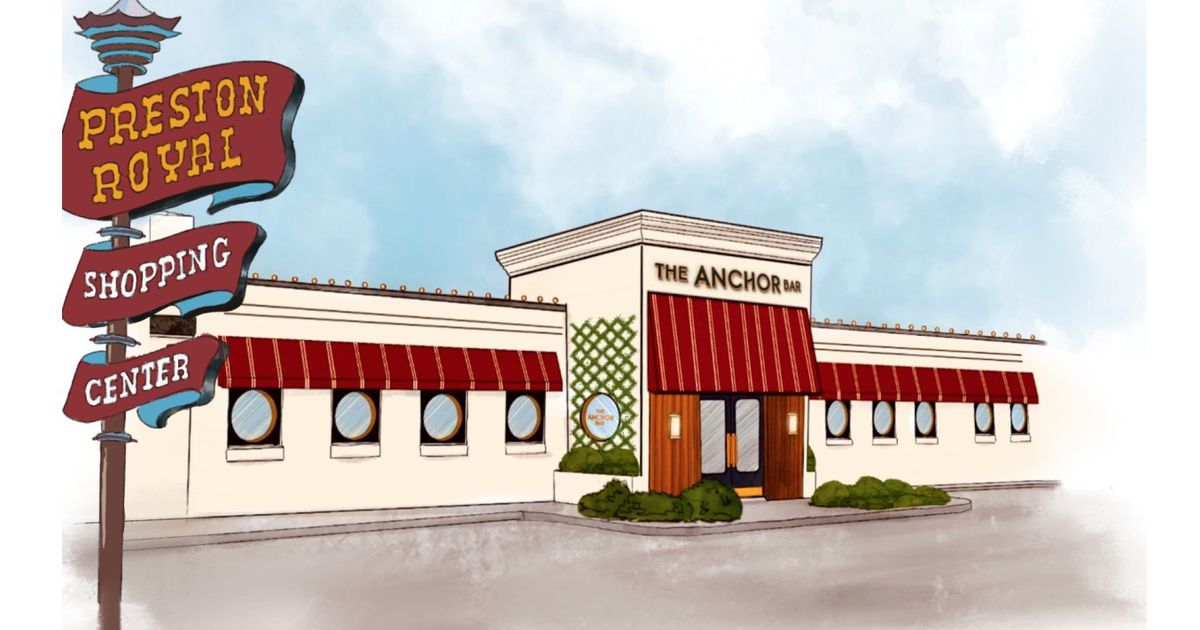 A brand new restaurant called The Anchor Bar is set to open in two Dallas locations: on Knox Street and at Preston Road and Royal Lane. The two are expected to start selling oysters and martinis in a yacht club-like setting in 2023.

DL Mack’s, the other new Vandelay concept, is due to open in Preston-Royal in the summer of 2022.

The Anchor Bar in Preston-Royal will replace Cantina Laredo, a local Tex-Mex restaurant that has been in Preston Hollow for over 20 years. The seafood store that replaces it spans 6,000 square feet.

Buildings at the Preston-Royal intersection have had a facelift in recent years after a tornado ripped through the neighborhood in fall 2019.

For the first time in company history, Vandelay will add sushi to the Anchor Bar menu. They will serve “the coldest martinis in the world” (a theme at other Vandelay restaurants) alongside oysters. Anchor Bar will also have a smashburger on the menu. And a fillet. Because, you know: Texas.

Vandelay is in a legal dispute with former employees who claim the company discriminated against workers and customers. These cases are ongoing.

The Anchor Bar restaurants will be located at 6025 Royal Lane and 3130 Knox Street, both in Dallas. The Knox Street restaurant is due to open first, in early 2023. Preston-Royal opens next, also in 2023.

Correction June 5, 2022: The restaurant address at Preston Road and Royal Lane has been corrected.