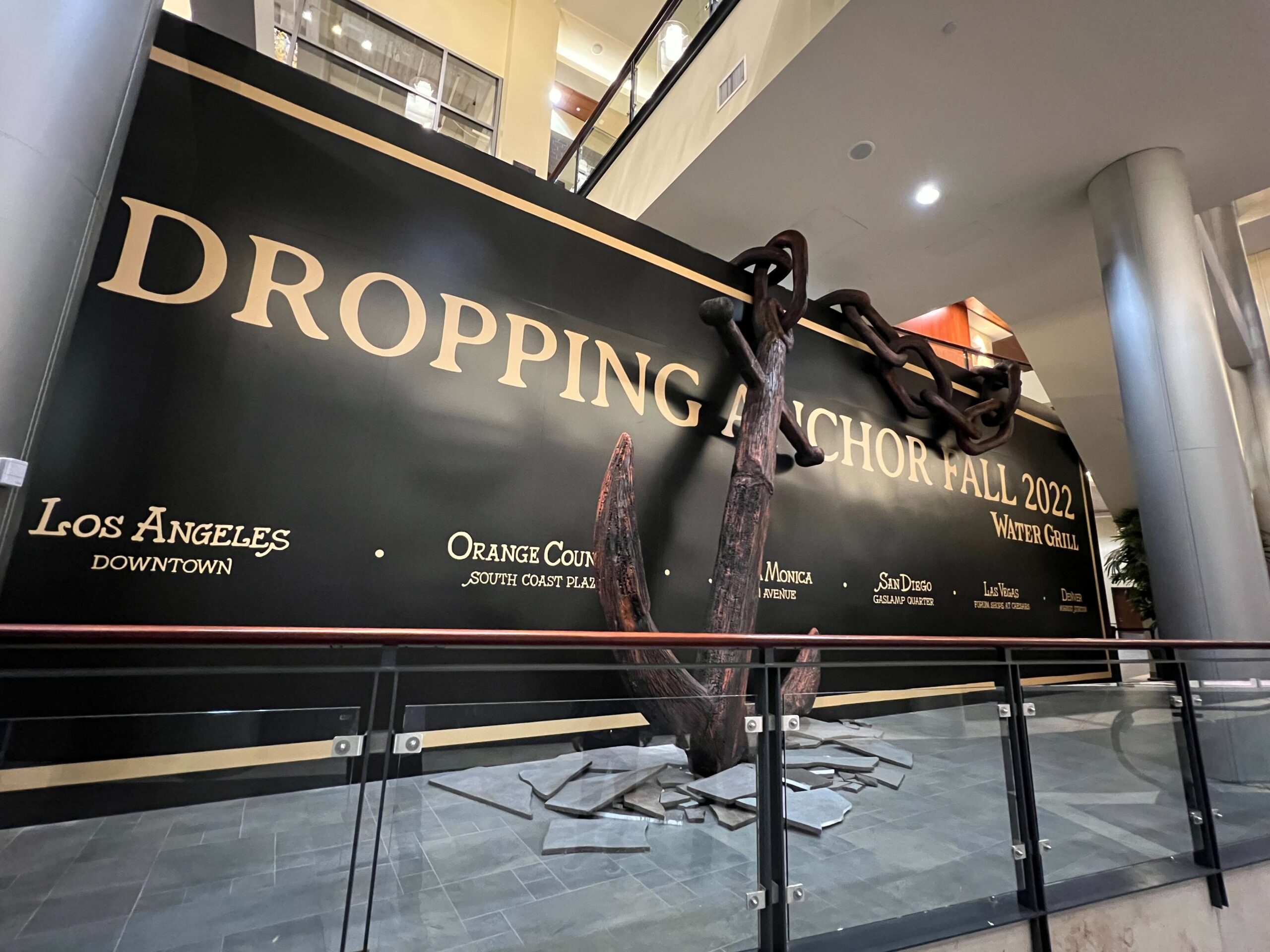 The National Seafood restaurant, Water Grill, plans to open in Lincoln Square in the fall of 2022. It is located where McCormick & Schmick’s used to be, on the first floor.

A new sign was recently placed in the restaurant’s future location, announcing their arrival in the fall. It features a large anchor with a broken tile and a sign that reads ‘Drop Anchor Fall 2022’.

The restaurant was originally scheduled to open in the spring of 2022, according to a company representative. Water Grill is owned by King’s Seafood Company.

Water Grill has six other locations, Los Angeles, Orange County, Santa Monica, San Diego, Las Vegas and a recently opened restaurant in Denver. It will be the first of its kind to open in Washington.

McCormick & Schmick’s left this location in July 2020 after announcing that it was not renewing its lease and would close permanently. They had been in Lincoln Square for 15 years and were known for their happy hour and seasonal dishes.