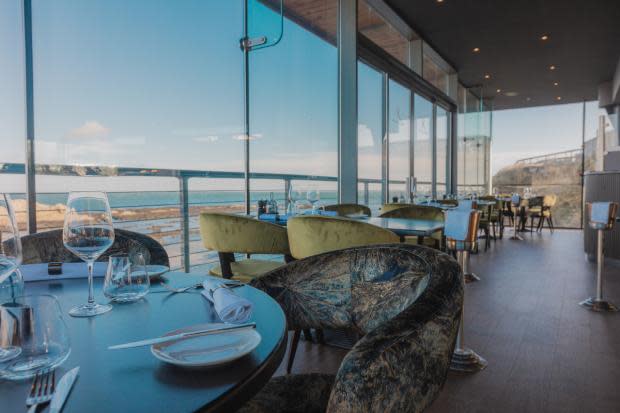 The Seafood Ristorante in St Andrews has started a new chapter after a revamp, its owner has said.

The multi-award winning restaurant, owned by Rocca Group’s Stefano Pieraccini, has an increased capacity of 56 people and a ‘semi-private’ restaurant for groups of up to 14 people.

A new reception and bar area has also been created.

Rocca Group commissioned Davidson Baxter Partnership Architects to reimagine the restaurant’s space and interiors for a new generation of customers. The architects had previously worked with the group’s other venues in Edinburgh, Rico’s Ristorante and The Broughton.

The renovation was inspired by Mr. Pieraccini’s desire to inspire his staff and customers and “create an unforgettable dining experience”.

The restaurants offer spectacular views of the coast.

Mr Pieraccini said: “With more and more restaurants reopening, it is important that we maintain the highest standards and expectations that our customers and staff have come to expect. Our new look is contemporary, modern and represents the present as well as the future. Interiors reflect the beautiful setting, combining coastal colors with spatial fluidity and intuitive elegance.

Originally open four days a week for lunch and dinner Wednesday through Saturday, the team behind The Seafood Ristorante plans to expand to five days a week from April, with the addition of new service on Tuesdays.

Omega Diagnostics has unveiled plans to sell its Clackmannanshire headquarters as it pulls out of the Covid test manufacturing business that has taken the company’s shares on a roller coaster over the past two years.

The Scottish company has agreed to sell its diagnostic test kit manufacturing business and facility at Alva for £1million to Accubio, a wholly owned subsidiary of China’s Zhejiang Orient Gene Biotech.

Whiskey exports ‘on the road to recovery’

Scotch whiskey exports continued their recovery from the pandemic as global travel reopened and coronavirus restrictions on bars and restaurants were lifted last year, but have yet to return to levels of before covid.

The value of whiskey exports jumped 19 per cent to £4.51 billion in 2021, amid strong consumer growth across Asia-Pacific and Latin America, according to statistics released today. today by the Scotch Whiskey Association.