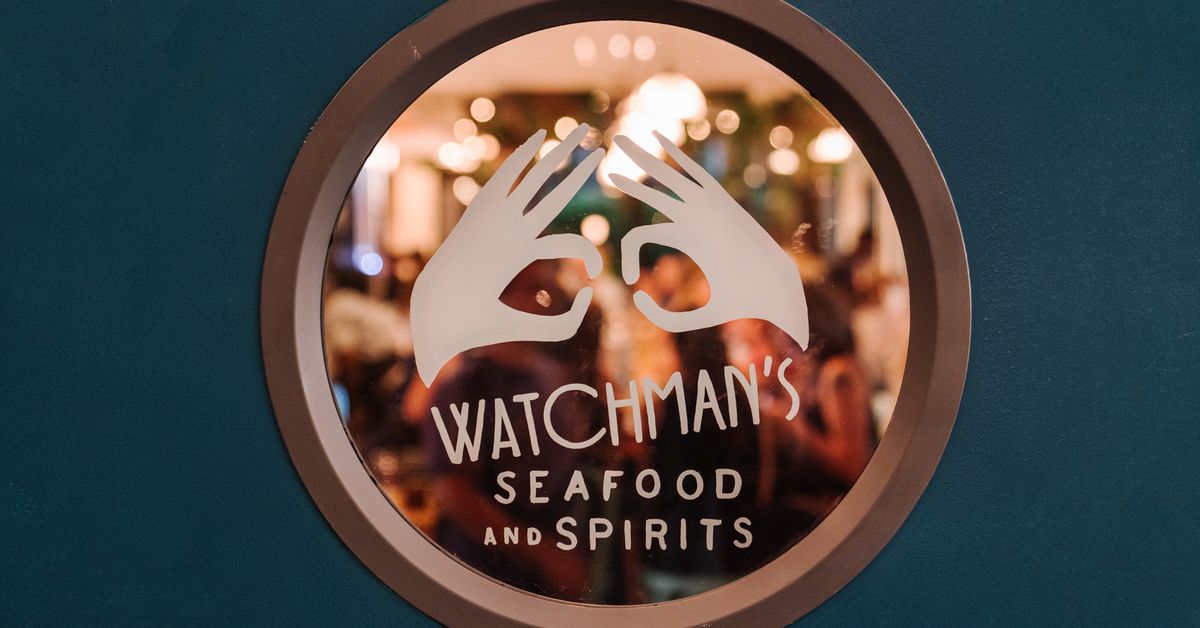 Watchman’s Seafood and Spirits is closing after nearly four years at Krog Street Market, the Atlanta Business Chronicle reported for the first time. The restaurant closes after dinner service on Sunday 27th February.

Owned by Jesse Smith, Matt Christison, Bryan Rackley and Miles Macquarrie, the team behind Decatur’s Kimball House, Watchman’s opened in the food hall in 2018 and serves a seafood menu dedicated to the sustainability of aquaculture from South and farmers and fishermen in the region.

“It was an extremely difficult decision to make, but we came to the conclusion that the Watchman concept is unfortunately not the best fit for the market,” Rackley told Eater. “The reality of this pandemic world is that even our best efforts could not sustain the costs associated with staffing and operating this restaurant.”

While the restaurant was doing well before the pandemic, Rackley says the global health crisis affected Watchman’s more than Kimball House. The emergence of the Omicron variant at the end of 2021 and the subsequent increase in cases during the holidays, coupled with the cold weather, had a profound impact on the Krog Street Market restaurant.

Rackley says Watchman began recouping some of the sales lost in the first year of the pandemic last spring. Those numbers dropped again once construction began behind the market and across the street at the Stove Works complex. Asana Partners, the developer of Stove Works, also owns Krog Street Market and the new Krog Street District.

“If I’m to blame anything, it’s us. If we didn’t give the neighborhood what it wanted, it’s up to us,” Rackley says. “We tried too hard in the beginning Now this is the best food and drink we’ve had, and we’re not selling it to anyone.

However, Watchman’s closure does not affect the partners’ other efforts, including Kimball House and the Shiny Dimes Oyster Farm that they created out of a rustic marina in Spring Creek, Florida. Located just off Oyster Bay, the small 1.5 acre plot is part of Cypress Point Farms and has 55,000 oysters in its beds.

The passion project aims to carry on the legacy of sustainable oyster farming in the South by preserving and protecting the coastal environments of the region’s bivalves. Oysters from the farm are now served on the menu at Kimball House, alongside other sustainably farmed oysters across the country.

“Watchman’s has been a great outlet for farmed South Atlantic and Gulf oysters, so losing that will be a disappointment on many levels,” Rackley says. “I still like the idea of ​​representing Gulf farms like Watchman’s and I haven’t buried the idea that it can work here [in Atlanta].”

For now, Rackley, Smith, Christison and Macquarrie are concerned about placing as many Watchman’s employees as possible at Kimball House, calling it their “number one priority.”

“We did some things right and we got things wrong. But one certainty is that we had the opportunity to work with really incredible people,” he says. “These people have taken significant risks to be part of this team over the past 1.5 years, and we will always be grateful for their contributions.”

A new seafood restaurant opens in Newark: Snap Back By Hook & Reel

What Michael Symon’s Favorite Seafood Restaurant Has To Offer