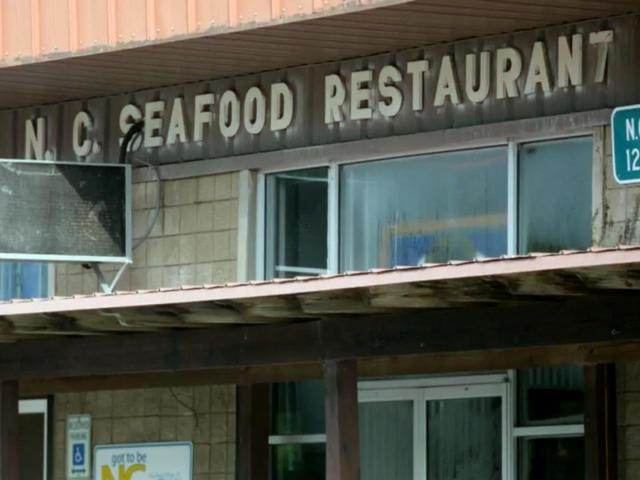 You must be NC? Not necessarily at the State Farmers Market seafood restaurant :: WRAL.com

Raleigh, North Carolina – Anyone walking through the State Farmers Market in Raleigh usually hears the refrain that vendors supply North Carolina-grown produce and other produce.

State Farmers Market’s NC Seafood Restaurant, known for its large portions of calabash-style fish and shrimp, displays a large “Got To Be NC Seafood” seal. But WRAL Investigates found this misleading.

After receiving a warning that the restaurant did not sell North Carolina seafood, a news team checked it out. When asked if all the fish served was from North Carolina, a cashier replied, “Yes, it’s fresh from the shore.”

But through advice from suppliers and monitoring of deliveries, WRAL Investigates discovered that much of the seafood sold at the restaurant was simply not the case.

Crates of shrimp thrown into dumpsters were labeled “India” and “South America”, and the plaice and cod came from China. There were empty catfish cans from a North Carolina catfish farm.

Although he had repeatedly had the opportunity to present his point of view, he only threatened legal action: “I would just tell you that if you say something negative, I will sue you.”

Customers said they were disappointed, noting that they assumed the restaurant’s seafood was actually from North Carolina.

“You’d think it would be from here, yeah,” Judy said. Shipp, a regular at NC Seafood Restaurant, with her husband.

Despite expectations, imported seafood is very common in North Carolina restaurants because it is cheaper. There is no obligation to sell local in the State Farmers Market lease with the restaurant. The lease, obtained from the North Carolina Department of Agriculture and Consumer Services, only mentions the sale of “quality” products.

Some customers said they weren’t worried if the seafood was foreign as long as the restaurant was transparent about it.

“We always do our best to source local seafood, but with the current conditions and to ensure that we can still serve our loyal customers, we need to source seafood outside of North Carolina. always want to be transparent with our customers … “

The timing of this transparency, however, is in question. The restaurant’s website mentioned “local seafood” and “from the coast” until recently. Wording changed to remove local references after WRAL Investigates approached the owner.

Locals Seafood, which is also located at the State Farmer’s Market, is not affiliated with the restaurant. In a previous WRAL Investigates article on where seafood comes from in area markets, a study from the University of North Carolina at Chapel Hill approved Locals Seafood as a local seafood vendor based on DNA testing of fish samples.